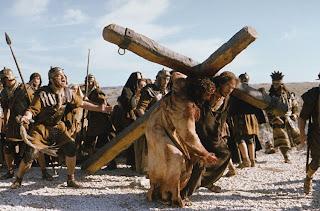 Last night I spoke at Calvary Chapel Living Water in Corona. What a wonderful fellowship they have there. Pastor Jerry asked me to teach for him as he was away on his anniversary. Well I decided to teach on Hannah's life from 1st Samuel chapter one. She had a life that did not seem fair. She was childless in a culture that saw infertility as a curse by God. She had a rival between she and her husband (Elkanah married a second wife for kids) who mocked her to the point of tears. She had a backslidden spiritual leadership to guide her (Eli and his sons). She was accused of being a drunkard by Eli the High Priest. What did she do with all of this "unfairness?" She waited on the Lord! She took her problems to God! She made a deeper commitment to God's plan for her life! She made a vow to give the child back to God should He open up her womb.... Well she did have that child and others as well. But do you know what she named that first son? Samuel, which means "God hears!" So, what are we to do when life doesn't seem fair? Wait upon The Lord! Isaiah 40:2-31
Posted by Pastor David Cuff at 11:58 AM

This is very encouraging Pastor Dave! Thank you for this reminder and a new perspective on a passage I have studied recently.
It is so true that life does not seem fair a good portion of the time. I will remember Hannah!
God bless you!
"Come Lord Jesus"